June is here, and that means in just over a week I’m heading to England! I’ll be going to the Global Art Gathering, a new event led by art agent Lilla Rogers, where there will be leading industry experts with insights on building a flourishing art career and also fellow artists from all over the world. Many of us know each other through our work with Lilla’s online courses, and it will be exciting to meet in person and put faces to the names!

As part of the event we were given a special assignment for a chance to be included in a review that will happen live at the global gathering: design a tea towel based on the theme “englishness”.

Although there was inspiration given in the brief, I had to think long and hard about that one and what englishness meant to me. Growing up in Canada much of my references to England was the music and the memories of being a teenager trying to understand the words. But I wondered if a bunch of english musicians would mean englishness to a wide audience.

Some time during the month I found myself in Pasadena and drove past a very British looking house. I stopped by to take a look and turns out it was an English tea house, the Rose Tree Cottage. How very English! We weren’t allowed to take pictures inside but it was filled with teapots, teacups, tea tins and other English paraphenalia. I talked to the lady who held the place for a bit and she kept telling me I should “come for tea”. I bought a card with Wiliam Morris’s The Strawberry Thief for artistic inspiration and took note of the decorative gooses piled in the garden outside. 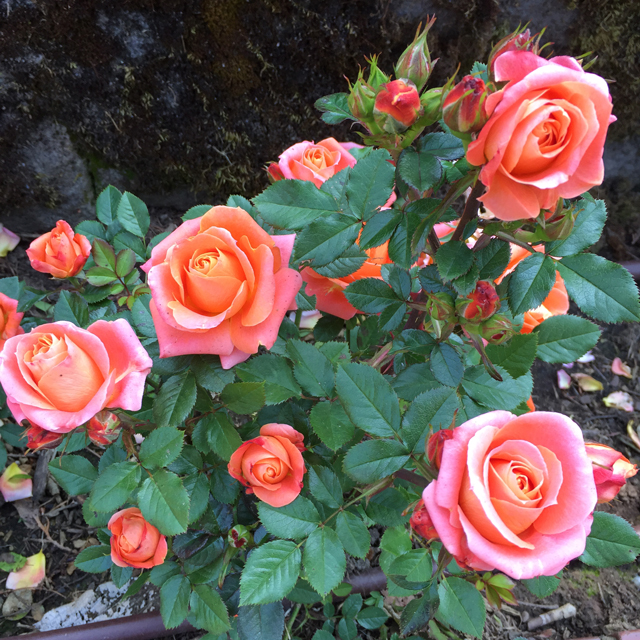 Still searching for the main concept, I couldn’t get the musicians idea out of my head, then with all this tea exploration I had a dream with the Beatles drinking tea. Turns out they in fact loved tea and found many pictures of them doing so on Google. Now that’s an English picture: rock and roll, stir the establishment, then take a break for a nice cup of tea.

The Beatles having tea out in the countryside is sort of the spirit I wanted to give to my piece… edgy and elegant, like crooked candles on candelabras and wrinkled lace tablecloth.  I brought elements of lace in my design and the candelabra.

I also used for inspiration: a cute bulldog, swan (both symbols of England), and the decorations on the teapots were inspired by 18th century lace motifs which I modified with leaves photographed right outside my local art store after stopping by for a refill of Copic pens.

I searched Etsy for what size to make the tea towel, and found they vary a lot. Some are long and rectangular, others are almost square. Based on my design I opted for the flour sack size, which is around 27″x28″. Here’s a closeup of the final design below. What do you think of it printed a tote bag? I got two versions made to wear while walking around London and Brighton :). 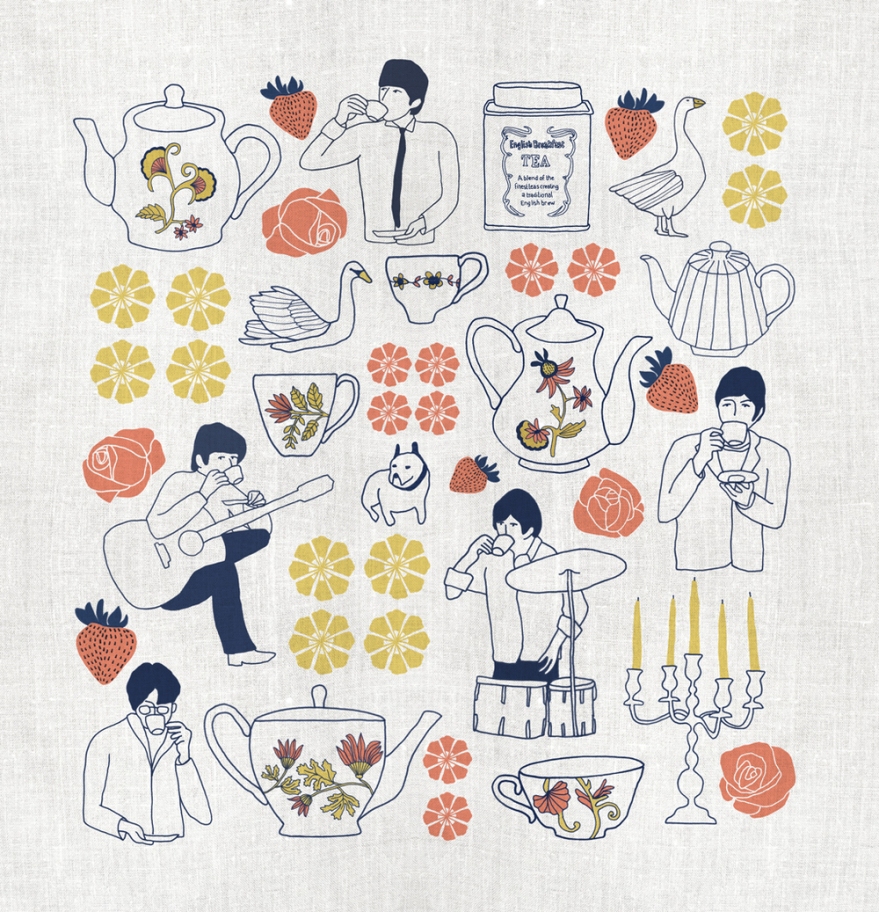